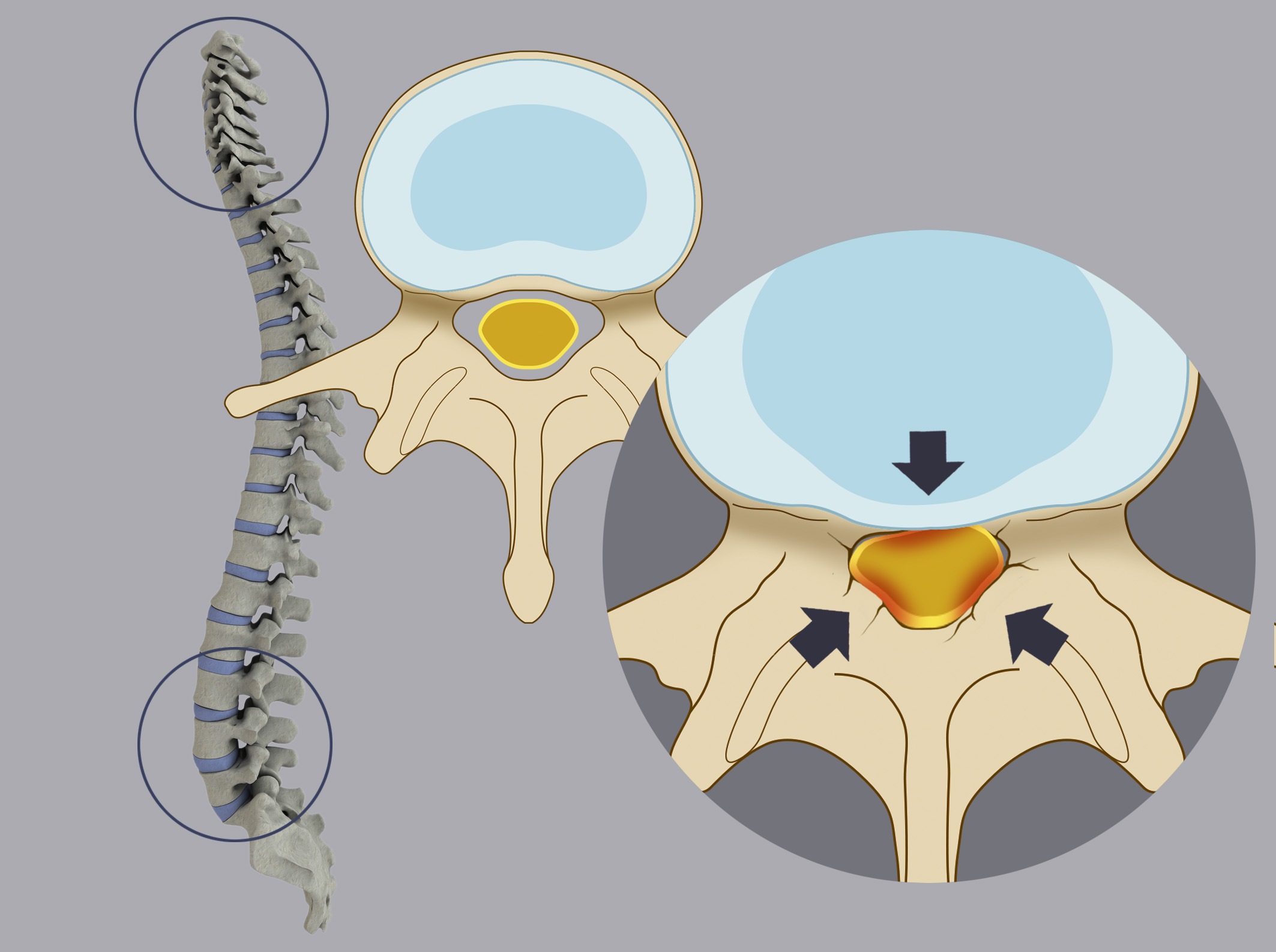 Stenosis is a narrowing of the spinal canal, so that nerve roots and/or spinal cord are compressed.