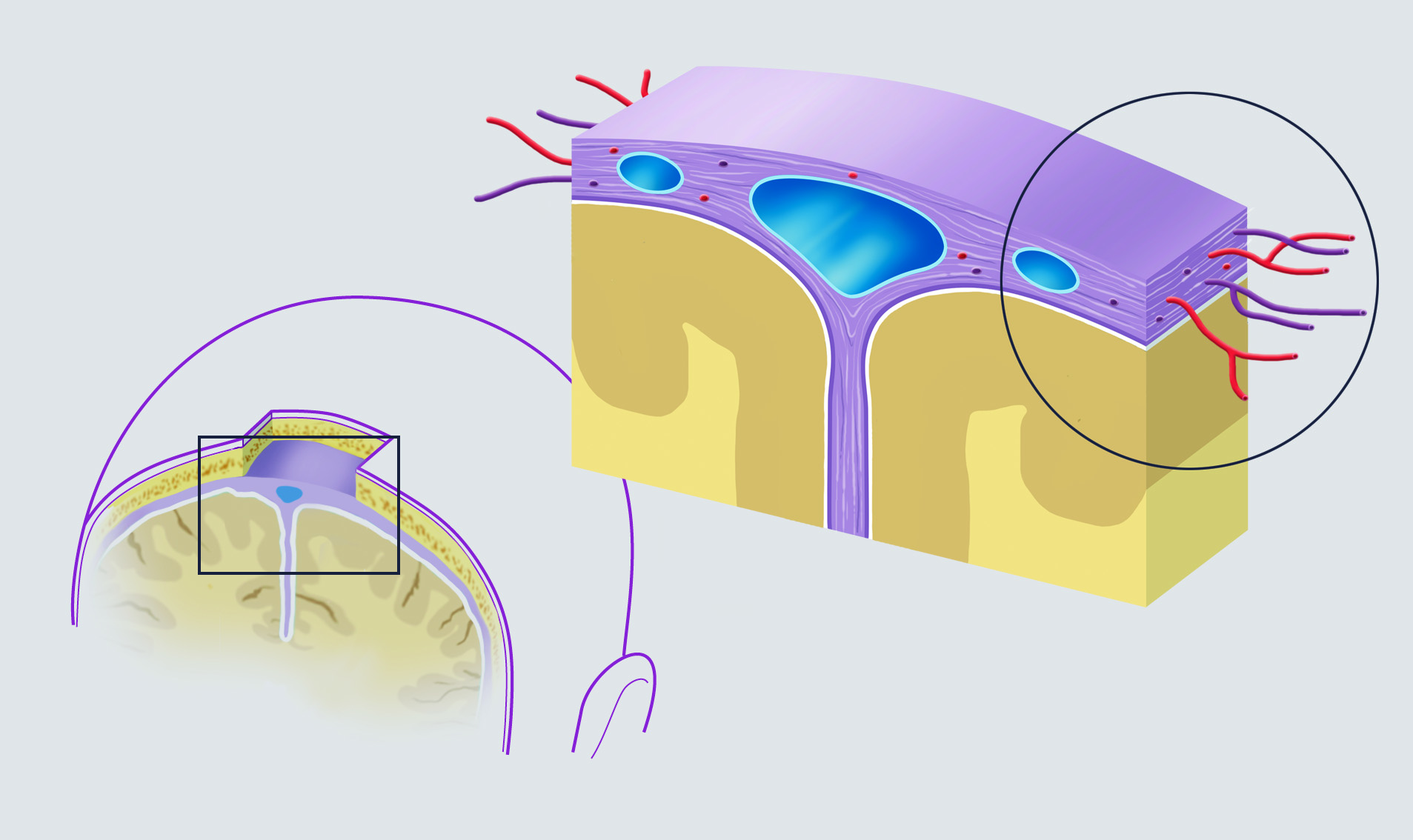 The dural arterio-venous fistula is a vascular malformation localized within the thickness of the dura mater (one of the three layers that make up the meninges). In the picture you can well see the structure of the vascularized dura mater. 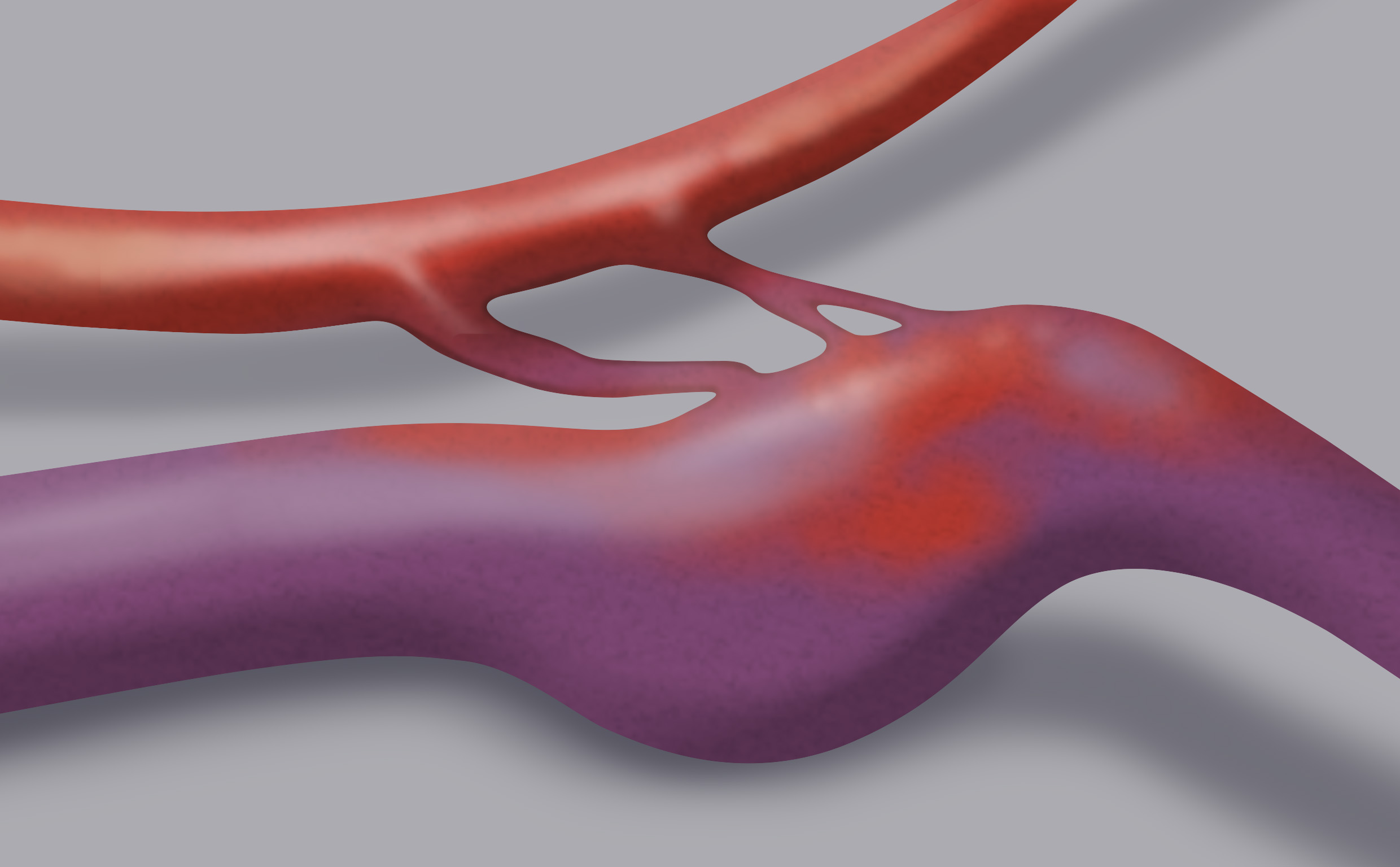 The dural arterio-venous fistula (dAVF) is a vascular malformation constituted by an anomalous communication between an artery and a vein. The passage between them is direct, without the interposition of a capillary bed. The picture enhance the dilation of the venous structure. 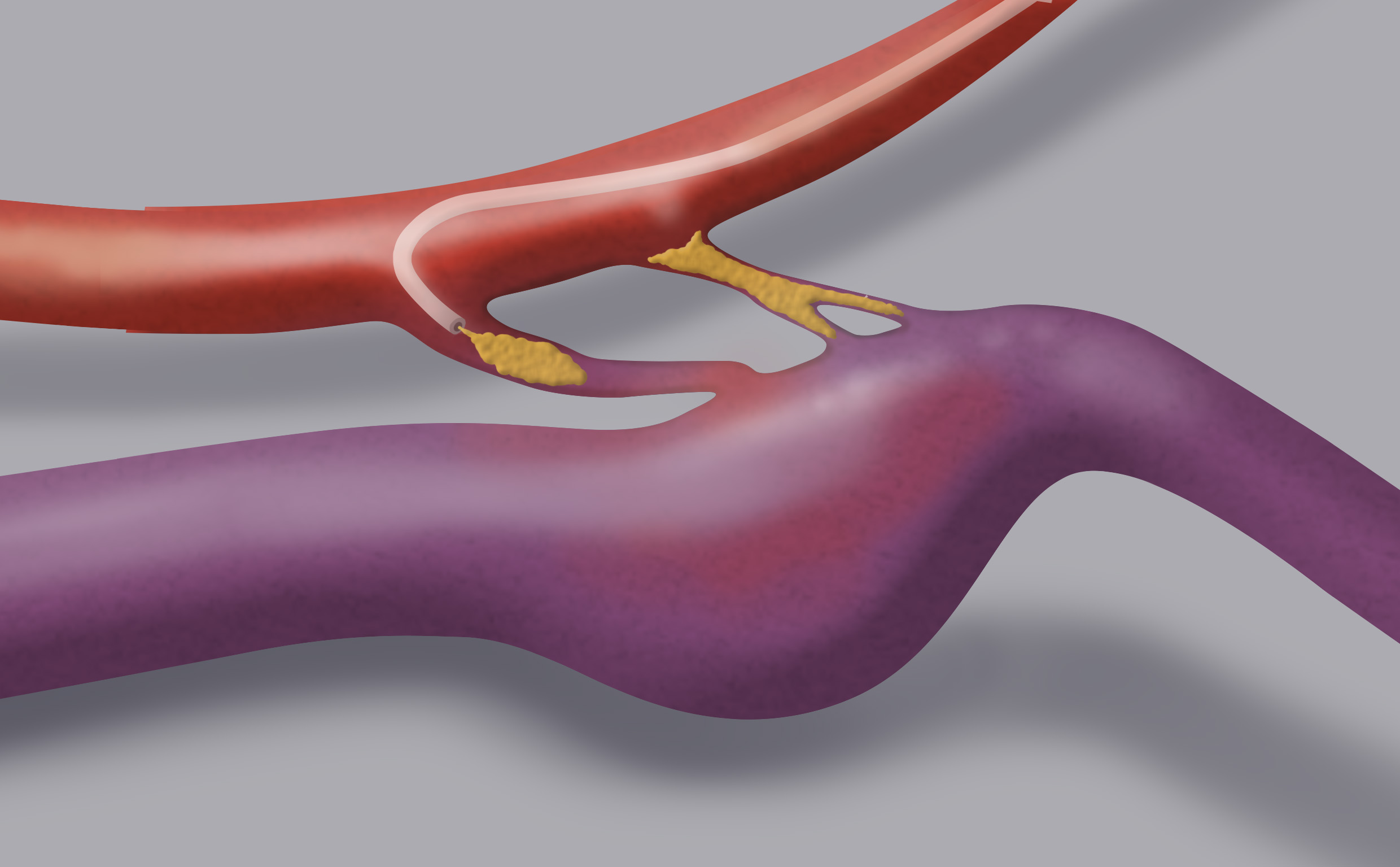 The endovascular treatment has the aim of reaching the point of the fistula with a microcatheter and occluding it by injecting a glue. 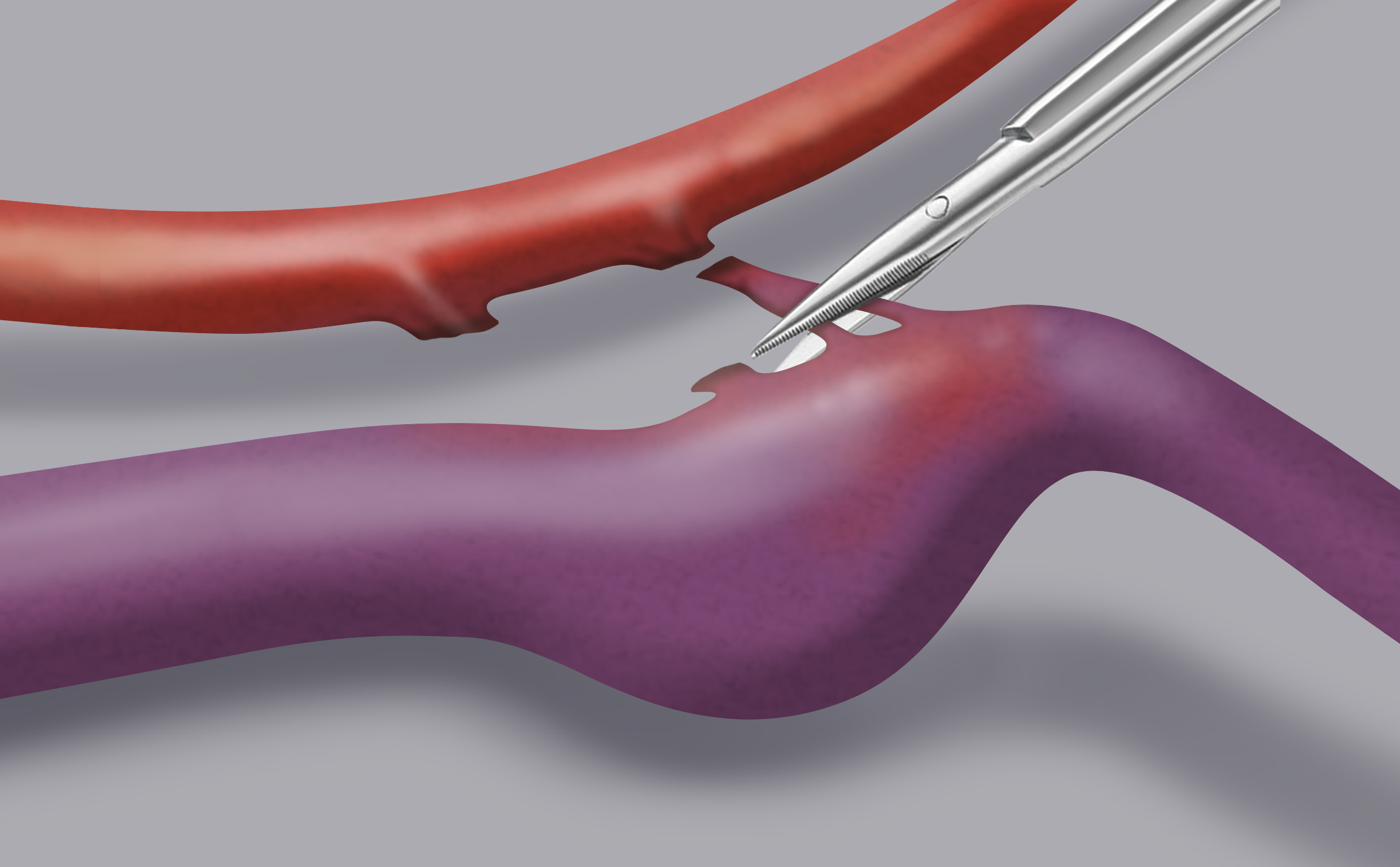 Microsurgical treatment consists in the direct surgical closure of the anomalous arterio- venous passage, coagulating and cutting the passage. 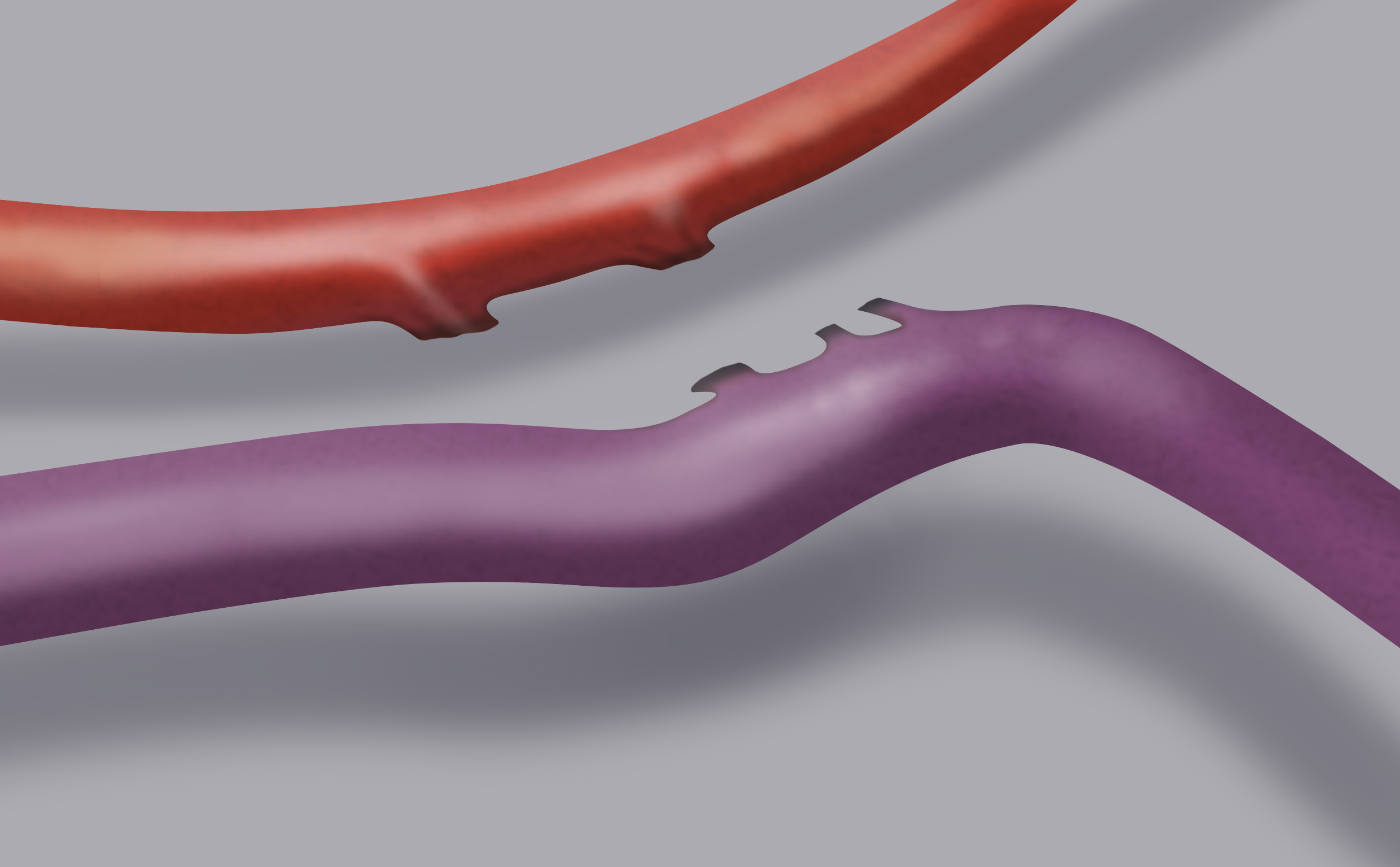 The picture shows that the fistula is closed and that the diameter of the vein has become normal.